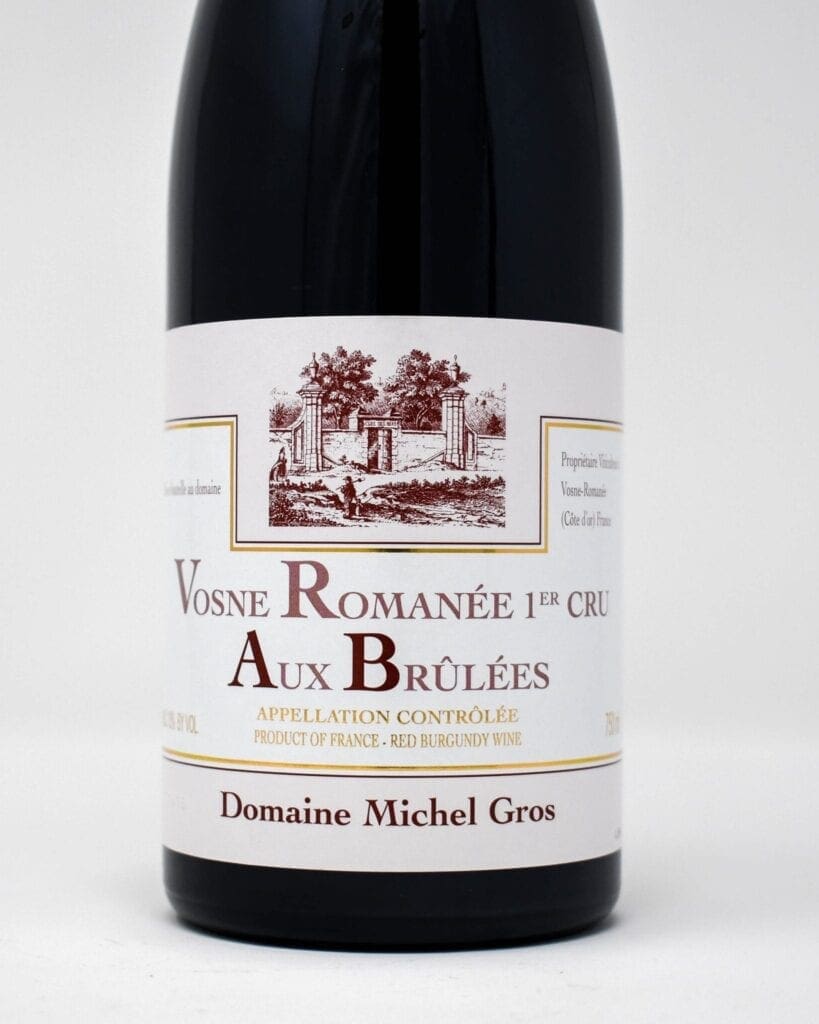 Michel Gros finished his studies at Beaune Viticultural high school in 1975. He started to work with his father, Jean, on the family estate – Domaine Jean Gros. In 1978, while continuing to collaborate with his father, he set the first stone of his own domain by owning 2 hectares in the Hautes-Côtes de Nuit appellation, which he inherited from his father. In 1979, his first vintage was produced. Little by little, Michel added other parcels to his name that had been mostly abandoned since the Phylloxera crisis, including ‘Aux Réas’ (Vosne Romanée) in 1990, several plots in Chambolle Musigny in 1993 and ‘En La Rue de Vergy’ (Morey St. Denis) in 1995.

Father Jean Gros retired in 1995 and decided to divide his estate between his 3 children, the others being Anne-Francoise and Bernard Gros. Michel, who had run his father’s estate along with his own, received in his share ‘Clos de Vougeot’, a Grand Cru; ‘Clos de Réas’, a 1er Cru monopole in Vosne Romanée; 1 parcel in Vosne Romanée; 2 parcels of Nuits Saint-Georges and one parcel of Bourgogne.  Today, Michel can claim up to 23 ha of prime Burgundy land.

Passionate but also very rigorous, Michel Gros brings constant care to the development of his wines, by mastering all the stages of production, from vine to bottling. Modest and unassuming, he expresses himself through his wines: generous, fine, elegant, of reliable and even quality. Known for combining tradition with innovation, Michel does not hold back when experimenting with techniques that could potentially lead to improvement in both the vineyard and the cellar.