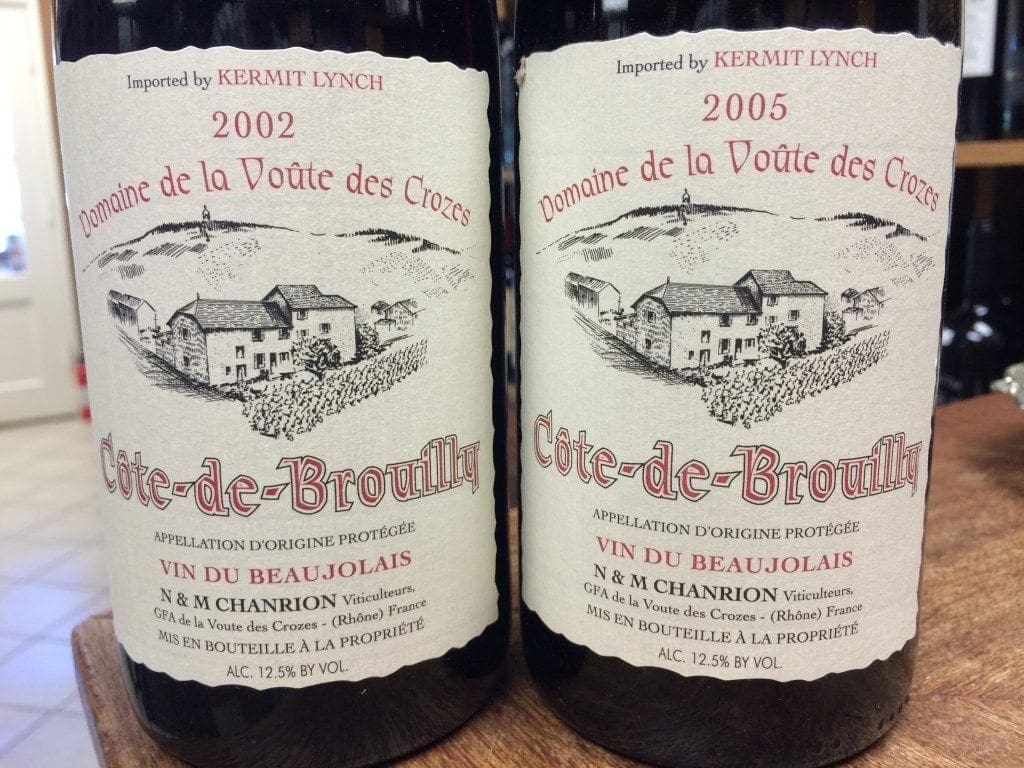 Does Beaujolais Age Well? It depends…

One of my favorite wines to drink year round in Hawaii is Cru Beaujolais. Cru Beaujolais is not exactly the same thing as Beaujolais Nouveau or Beaujolais Village. They are all part of the catch all region of Beaujolais and they are mostly made from the grape called Gamay but that is where the similarities end.

Cru Beaujolais must come from one of the ten regions in Beaujolais with this higher classification. The top producers make Cru Beaujolais that can compete with wines of the Cote d’Or that trade at double or more the price. They can also age brilliantly.

The better Beaujolais Nouveau can be ok a couple years down the road, but that is not what the winemaker intended. They are meant to be fruity and simple quaffers most of the time. I have had some Beaujolais Village level at a few years old that was still showing nicely, but not significantly better than at release.

Recently, I had the opportunity to try some truly aged Cru Beaujolais from a very reputable producer. Nicole Chanrion took over Domaine de la Voute des Crozes from her Father in 1988. Since that time she has personally been farming her family’s 6.5 hectare vineyard and making the wine. Since the year 2000, she has been President of the Côte-de-Brouilly appellation. Nicole Chanrion’s vines are 50 years old and all hand harvested.

It was very exciting to taste my first examples of “older” Beaujolais and I was not disappointed.

I received an allotment of 2002 and 2005 Côte-de-Brouilly that were library releases from the Domaine’s cellar. Both 2002 and 2005 were two of the best vintages of the decade only maybe behind 2009 as far as overall quality in Burgundy is concerned.

The 2002 was light in color and it smelled of anise, cinnamon, menthol, and dried leaves. On the palate wild strawberries and bright cherry notes framed the ethereal tannins and mouthwatering acidity. It was hard to not keep swirling, smelling, and tasting over and over again. This was not over the hill at 13 years old. I would say that it is in its prime window. It was so different than any of the younger examples I have had. This is a great choice for someone who likes older Burgundy for a fraction of the price.

Next up was the 2005. The 2005 was significantly darker in the glass than the 2002. It had a brick color to it and the nose smelled of bing cherries, strawberries, hay, and wet stones. It had bolder tannins and refreshing acidity. I had a hunch that it was still young (really, I know) so I allowed it to open up with air a little bit and the wine started to soften and more fruit began to unfurl. The 2005 more closely resembles a younger Cru Beaujolais whereas the 2002 was in a different category having left childhood completely behind.

Personally, I preferred the 2002 as it was so balanced that it had that gulp-able can’t stop drinking it quality. I can see that some people could be turned off from the secondary flavors being so prominent. I, however, thought that the flavors/aromas were well defined and fascinating. The 2005 will please those that enjoy a “funky” sort of wine. It has just the slightest barnyard notes, but not what I would consider to be a flaw. It is in balance and harmony with the fruit, acidity, and tannins. I would never guess that the 2005 was strutting it stuff like that at 10 years old. The 2005 was by all means a great showing for a wine at 10 years.

These wines would give anyone a compelling reason to hold onto your Cru Beaujolais for a few years.